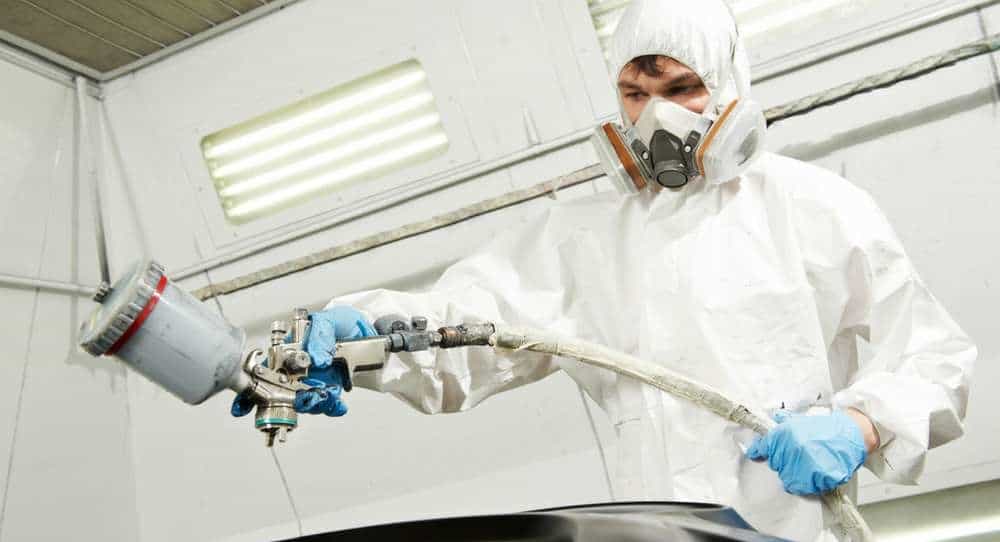 Navigating the world of tools and equipment is an intimidating experience for anyone who hasn’t spent their lives as a DIYer or contractor.

Scores of brands and models are available with few guides to differentiate between what makes on preferable over another. As a painter, this is no less a problem when it comes to paint sprayer brands.

Regardless of whether you are brand new to the DIY scene or running your own painting business, familiarity with the major sprayer brands is a necessity.

Each brings their own style, techniques, and technology to the table. Knowing the brands is the first step towards building up your arsenal of sprayers that will work best for you.

Graco, Wagner, Titan, TriTech, and Fuji are five of the best brands of electric paint sprayers on the market. They are unavoidable when shopping around for the perfect paint sprayers.

This article offers a little description and background for each.

Graco has long been one of America’s oldest and most popular brands for paint sprayers. Their name is synonymous with reliability and durability. Graco began in Minneapolis, Minnesota in 1926 by the Gray brothers.

They started the company in order to produce and sell air-powered grease guns which were a solution to the breakdowns of hand-operated grease guns during the bitter Minnesota winters.

After World War II, Graco was enormously successful and began to work with all kinds of fluid management. By 1957, the airless spray gun was introduced and Graco vastly expanded production. Over the decades, Graco became legendary for their quality paint sprayers along with countless other pieces of fluid handling equipment.

Graco has nearly a century of experience and continues to create innovative designs and long-lasting equipment. 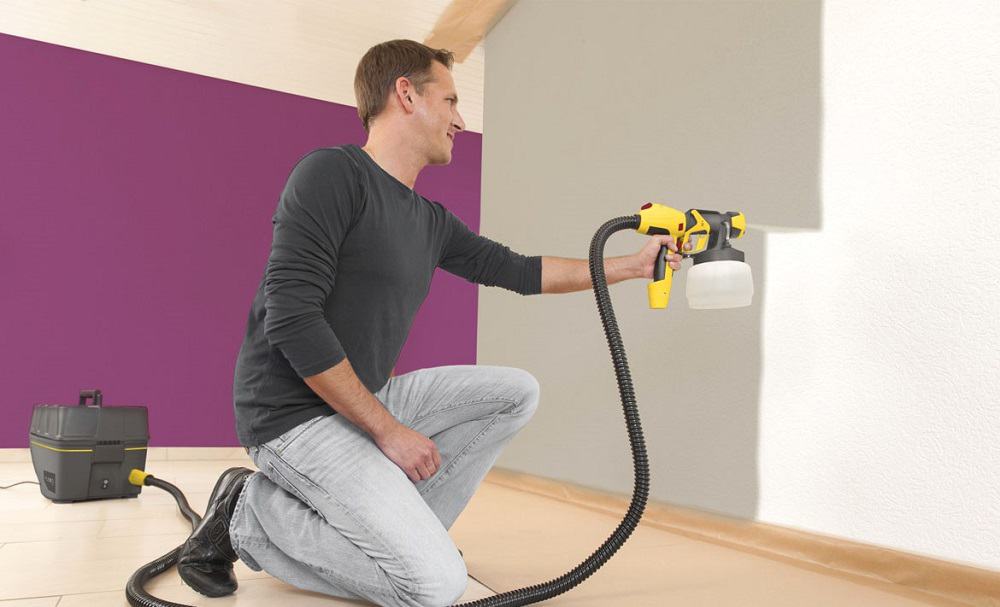 Much like Graco, Wagner has a storied history that finds itself centered in Minnesota. Wagner’s history dates back to 1947, when Josef Wagner formed “Wagner Vetriebsges. mbH” repairing machines and as a trader of electric motors and woodworking tools.

Throughout the 1950s and 1960s Wagner developed electrical paint spraying tools for both amateurs and professionals alike.

By the end of the 1960s, Wagner was the biggest European manufacturer of airless, high-pressure paint spraying systems as well as the world’s biggest producer of electric paint spraying guns. By 1970, Wagner had established plants around the world, including Minneapolis.

In 1972, Wagner acquired the SprayTech Corporation which was a company built around importing, distributing and repairing high-pressure airless paint spraying equipment.

Since then Wagner SprayTech has become a world leader in innovative spray-painting technology. As a subsidiary of the greater Wagner corporation, Wagner SprayTech specializes in painting and decorating.

Wagner’s long history of industry-leading design and German American engineering makes it one of the best and most recognizable paint sprayer brands. It’s bright yellow color and bold typeface are immediate signals for reliability and quality, but just like all paint sprayers, they do sometimes need troubleshooting. 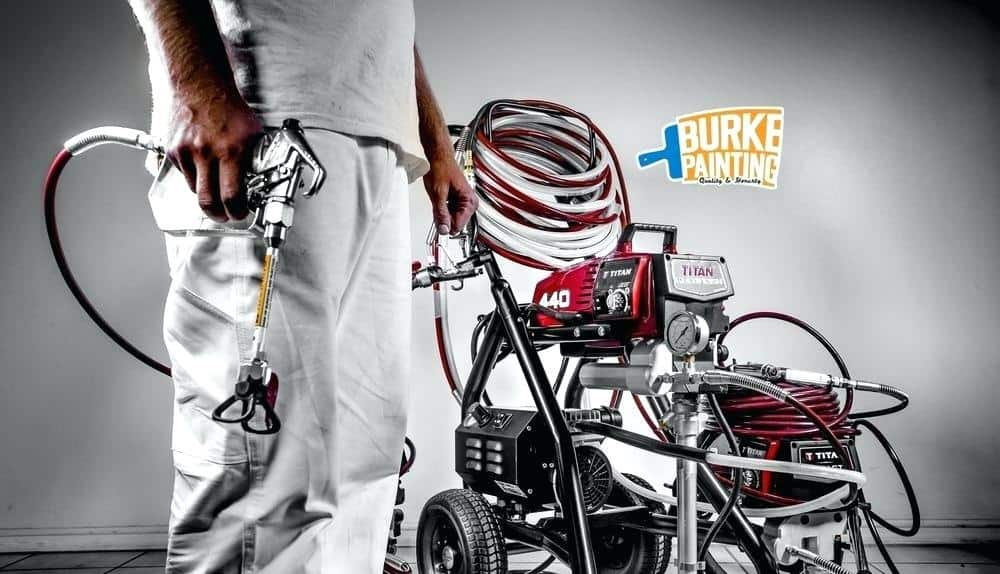 Titan has been around since 1974 and prides itself on the numerous innovations it has brought to the spray-painting industry. Since they began, Titan has been singularly focused on producing equipment that leaves a perfect finish with reduced time and effort.

They have also made a point of building one of the most robust customer support departments in the world of professional and DIY painting.

They started the company by creating the first spray tip that both atomized effectively while offering variable spray patterns. 12 years later, their Titan 440 model was introduced and quickly became one of the most dominant sprayers around.

It was portable, effective, and under $1000. In 2002, their brushless DC motor becomes an industry standard for both power and long-lasting durability.

Titan has continuously invented new technology and techniques to improve not just their own products but to change the entire spray-painting industry as a whole. As recently as 2010, they introduced the capability of siphoning material straight from a large bucket or can.

This is now commonplace across several brands. Titan may not be as old or storied as other brands, but it is certainly no less dedicated to equipment of the highest caliber, with new models such as the Titan 1700 always being developed and improved. 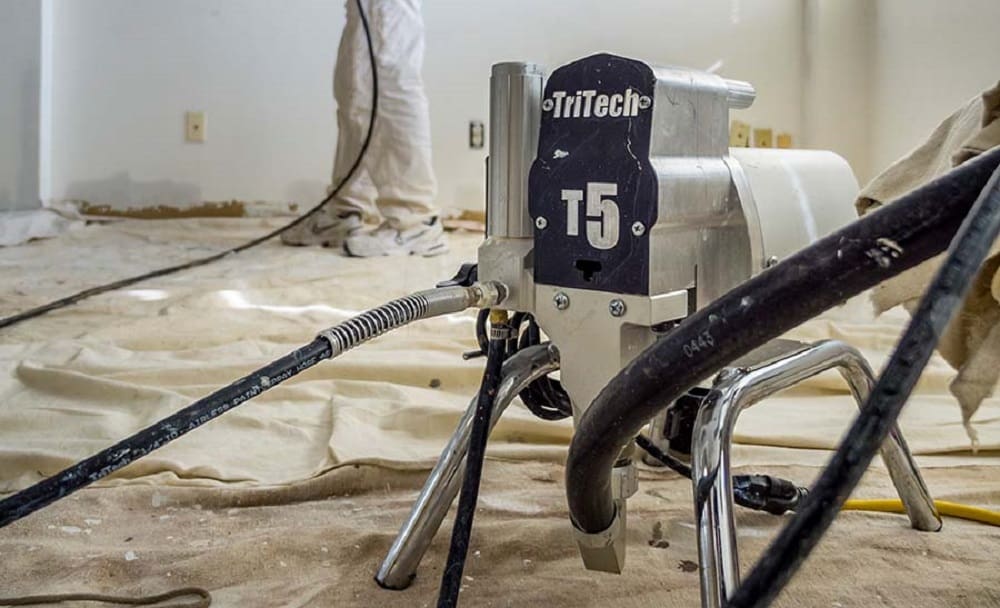 TriTech Industries official began manufacturing quality paint sprayers in 2005. TriTech is just one part of a larger manufacturing group that has been around since 1955.

The history of the group is in producing and designing precision equipment for military aerospace technology. These include everything from helicopter parts to missiles and supercomputers.

Tritech Industries takes the same dedication and care and brings it to the world of paint sprayers. Their stated goal is to apply everything that went into building things like supercomputers and fine-tuned aerospace technology, to manufacture the most durable and long-lasting sprayers on the market.

Tritech Industries is the company painters choose when they want American made equipment that will last them through the years. 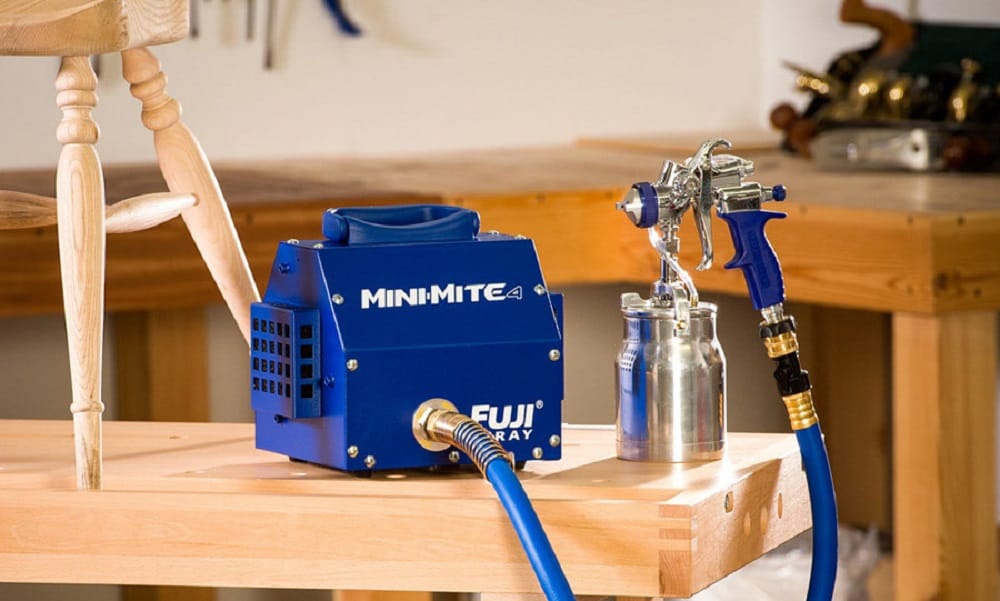 Headquartered in Toronto Canada, Fuji Spray has been a major player in the paint spraying industry for 30 years. Over that time, they have taken immense pride in designing their products with Canadian technology and high-grade materials. They have been in operation since 1986 and have set many standards for quality and safe practices.

They are an industry leader in North American for both HVLP paint sprayers as well as HVLP tan spray equipment.

Furthermore, they are the only company with some of the best HVLP spray guns that have been approved for cosmetic services by both the UL and CSA organizations. Moreover, they are backed up by some of the best customer service teams around.

By specializing in self-contained low-pressure spray systems, Fuji builds sprayers meant to be the best tools in a professional kit as well as for the budding DIYer.

Fuji’s top of line tools, such as the Fuji Q4 and Fuji Semi-Pro 2 are often the envy of painters across the country.

Summing It All Up 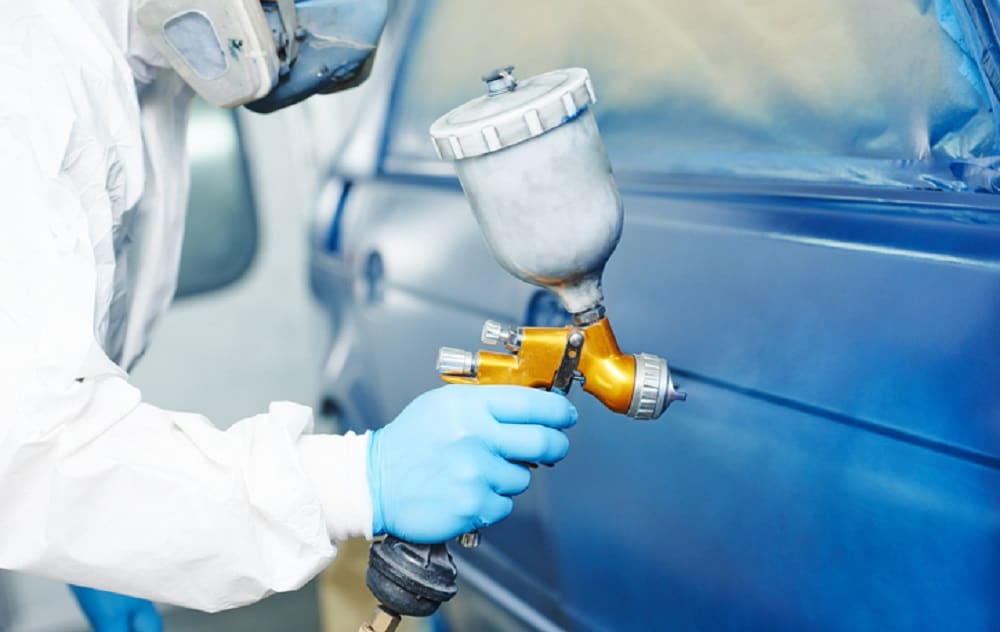 Each and every brand on this list has spent decades building up the kind of reputation that has made them giants in the world of paint spraying.

Whether they have been around since before the Great Depression or started production in the mid aughts, all have proven to be the most reliable and innovative companies around.

As an amateur DIYer or a professional contractor, it is only to your benefit to try what every brand offers. You are certain to find the tool that’s just right for you.

For the past 9 years, I’ve worked as a professional paint sprayer on both small home projects and large commercial buildings. Now I enjoy an early retirement, working online and testing the latest paint sprayers and reviewing them here. It's a dream come true, as I now get to spend more time with my wife and 2 girls. If you have any questions, just drop a comment and I'll do my best to help you directly.

What to Know Before Painting Your House’s Exterior

How to Clean Paint Brushes

How to Stain Brick